The beginning of redemption 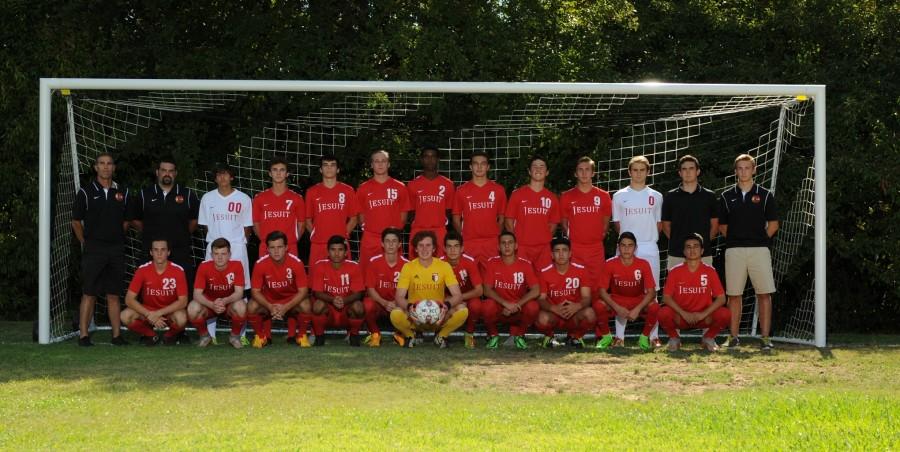 The Marauders enter the playoffs with an overall record of 20-2-1 and with a league record of 13-0-1, making them the second-ranked team in California. Jesuit is coming into this upcoming game against River City off of a 10-0 victory against Monterey Trail High School and a 3-0 win at Grant High School in the final week of the regular season.

The Marauders only two losses were in the beginning of the season against out of state teams, Chaminade High School of St. Louis and Grant High School of Portland, and their only tie was against inter-league competition Sheldon High School.

“We have come together as a team and have learned to play together even when the times get tough,” said Jesuit striker Tyler Moss ‘17. “We practice even harder than we already did and get mentally focused before every game.”

The River City Raiders, Jesuit’s opponent, have an overall record of 12-4-4 and league record of 8-2-2 coming into the game against Jesuit. They recently lost 4-1 against River Valley High School and beat Rio Linda High School 9-1, making them the 15th seed in the Division 1 playoff bracket .

“Our team’s mentality is that nothing else matters except winning sections. We have the talent and players to do it. We are in form and we’ve been playing really well together lately and that’s boosted us to among the top teams in California,” said Jesuit’s leading scorer, striker Mitchell Johnston ‘16. “There’s only one goal on my mind now and that is to win sections.”

Last year, the Jesuit Soccer team started playoffs with a 7-1 win over Woodcreek High School, only to be defeated by Oak Ridge High School in the semifinal in a penalty shootout.

This year, the Jesuit Marauders hope to redeem themselves from last year’s disappointing elimination by starting the 2015 CIF Sac-Joaquin Playoffs with a win against River City.