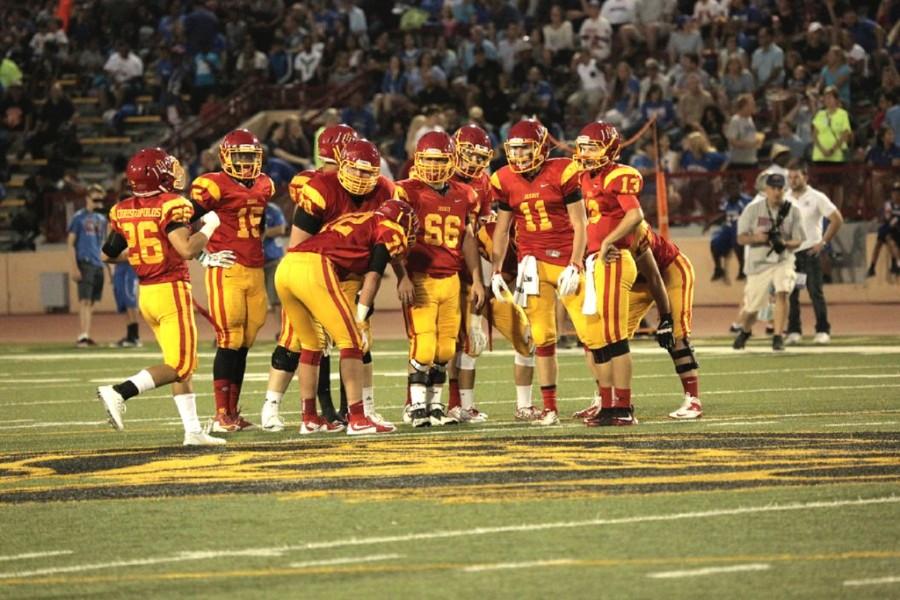 Jesuit hopes to bounce back after their 14-63 loss to Elk Grove High School (2) last Friday night. Sheldon is also coming into the game off a loss, as they were defeated 10-38 by the unranked Davis High School Blue Devils, who Jesuit previously beat 42-26.

After their turnover-ridden game last week, the Marauder’s offense looks to have a high scoring game this week against the Huskies, improving their aerial and ground attack.

“Unfortunately, we let turnovers get the best of us last week against Elk Grove. We have worked hard this week to be a threat from both aspects offensively, passing and rushing,” said wide receiver Jayme Thomas ‘17.

The Jesuit defense held the Thundering Herd to just seven points in the first quarter-and-a-half last game. Later in the second quarter and the rest of the second half, the Marauder defense had several lapses that resulted in eight EGHS touchdowns.

“We watched a lot of film this week to identify what we did wrong against Elk Grove, and we all feel well-prepared to take on Sheldon’s offense this Friday,” said cornerback Kamau Carter ‘17.

It’s near the end of the high school football regular season, and the Marauders understand the pressure of winning, but also want to savor the last moments of the season as teammates, especially the seniors on the team.

“We need to win 3 out of 4 of our next games to make playoffs, so we are going to work harder than ever before to reach the postseason. Although the playoffs are an exciting time, it is tough to think, for the seniors, that these will be our last games as Jesuit Marauder football players,” said team captain Theo Christopulos ‘16.