Marching to the beat of a better program 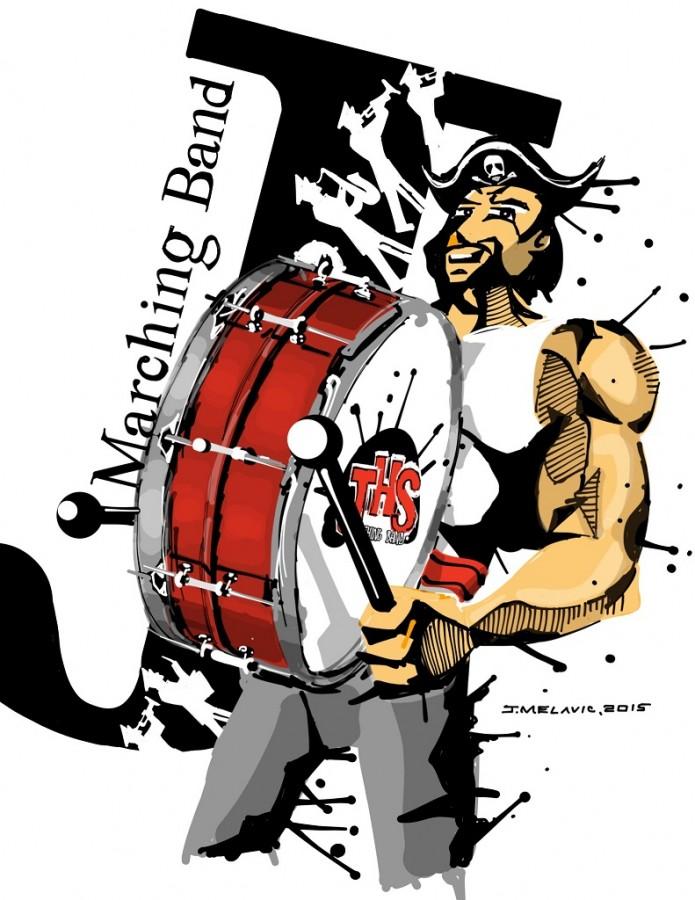 This year, Jesuit’s Marauder Band is taking the culmination of their growth from the stands to the field.

Jesuit High School is constantly evolving and improving its facilities, efficiency, and programs.

“I think that the discipline that comes with marching band is spreading not only from the marching but to the boys’ musicianship. They are more focused on the task at hand,” said band director John Cargile.

Throughout the years, the Marauder Band – previously known as the pep band – has steadily increased its size and ability. With this surge of potential, Mr. Cargile and Mr. Cunha have seized the moment and incorporated marching band to the visual and performing arts program.

With the marching band’s debut performance at Holy Bowl, the band program is getting more attention throughout the Jesuit community within just a few months.

“My initial thoughts regarding the marching band were ones of concern. No one involved with the program besides a few students had ever marched before the summer of 2015. But I am really impressed with the program and how fast everyone learned,” said drum major Ethan Delgado ‘16.

“Trying to get a 75 person group to do anything is easier to do when leadership is given over to a student drum major. He’s responsible for getting the band on the field, following the pace of the games, and he conducts the band in the stands,”  Mr. Cargile said.

With the first season of marching band coming to an end, drum major Ethan looks forward to making improvements for next year’s marching band.

The marching band is marching toward improvement in the music program that will last for generations to come, and is looking to succeed with support from Jesuit students, parents, faculty and alumni.