The journey for six 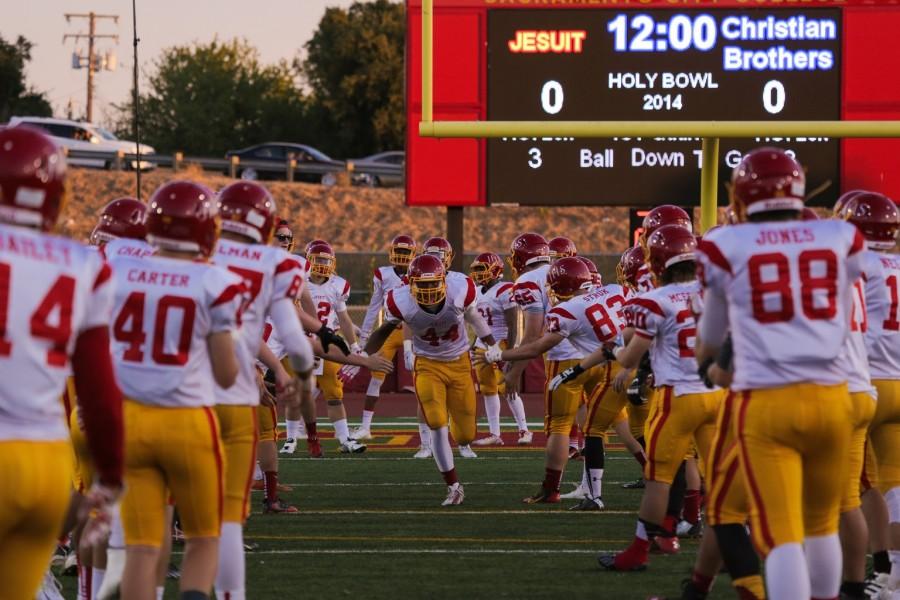 The Jesuit High School Marauders and Christian Brothers High School Falcons clash at the 45th Holy Bowl this Saturday, September 12th at 7:00 pm. With a record of 27 wins, 15 losses, and 1 tie in Holy Bowls, the Marauders step into the stadium with a five year winning streak.

The players are pumped up for this game, but they do not underestimate Christian Brothers.

“We’re going to take it seriously like any other game,” said Wide Receiver and Safety Christian Dyer ‘16.

The team has grown together this the season, and the desire to win is spread throughout the team.

“I have people with me that are there to win and want to win,” said wide receiver Ayden Burnett ‘18.

This game is a big deal for the players, as it is a huge event expected to bring in about 18,000 students, parents, and alumni to support their respective schools. As a result, each player and coach starts to feel  pressure for this game differently from any other game of the season.

The players improve with each game, growing individually and as a team.

According to Coach Blanton, the most important part of this game is the experience that is brought to the fans and the players by the large crowd and the age old rivalry.

“I’m just excited and it’s a great opportunity for us,” Coach Blanton said.