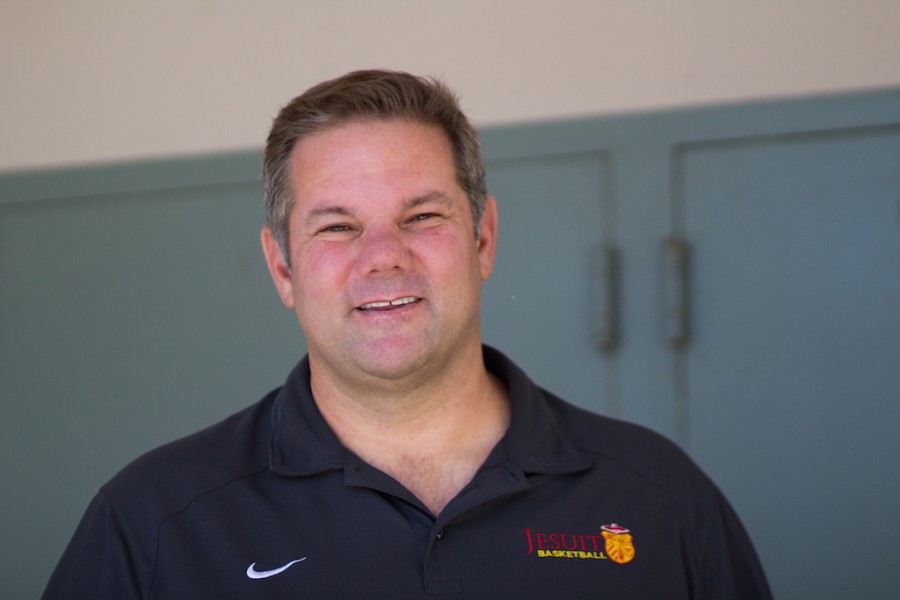 More than 20 years ago, Athletic Director Greg Harcos ‘89 first started coaching the boys basketball at Saint Ignatius Elementary School. Now he finds himself as the Athletic Director for the entire sports program at Jesuit High School.

”I really enjoy teaching, plus they offered me a job,” Mr. Harcos said about how he was first hired at Jesuit. This led to him being the new Athletic Director.

After high school he graduated from University of California, Berkeley in 1993 with a bachelor’s degree in arts. Later he went back to college and earned his master’s degree in Education from Chapman University.

After he graduated from Chapman he became the chemistry teacher and the department chair for science at Jesuit high school.

After Mr. Harcos graduated from UC berkeley, he started his coaching at Saint Ignatius Elementary as the Varsity boys basketball coach in 1994-1995, and under his coaching they won the “PAL” championship.

His second coaching job was the Freshman Basketball Coach for Jesuit High School. In 2001 Mr. Harcos became the Varsity basketball coach and his overall record was 247 wins and 122 loses. In 2006, he was awarded Coach of the Year.

Because of all the work that he did he climbed his way up the sports ladder.

Director Harcos started off his coaching career in 1994 and now in 2015 he is the Athletic Director for the entire sports program for Jesuit High School and he plans to continue the traditions of Jesuit athletics.