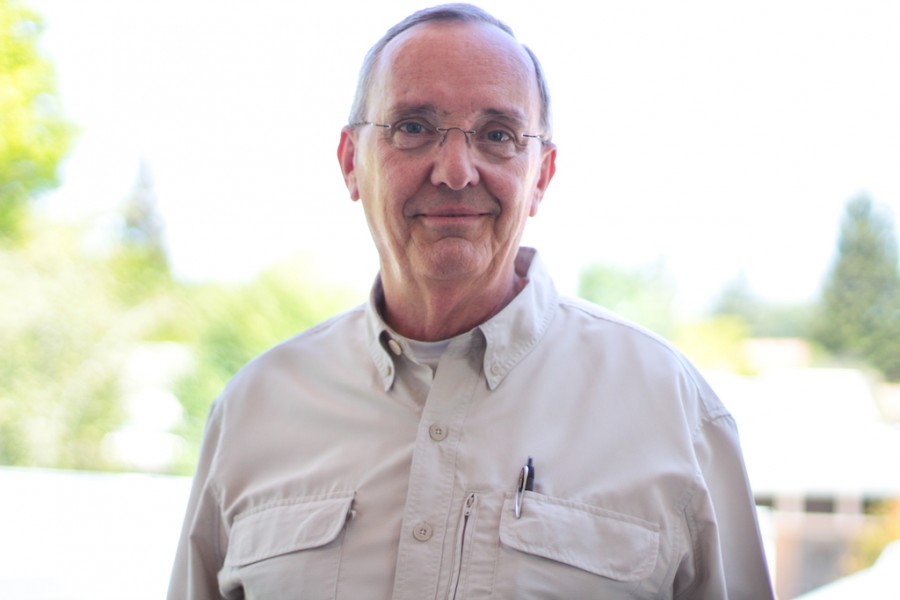 When Mr. James Phillips, mathematics teacher, arrived at Jesuit High School 11 years ago, he had already worked for many years at Intel Corporation, Aerojet, and Sierra College.  He quickly became a student favorite, with his jovial presence in the classroom and his commitment towards faith and service. At the end of this school year, Mr. Phillips’ teaching career at Jesuit will come to an end.

“He has a very fatherly way of interacting with the kids…he can be hard but can be a big teddy bear as well,” said said Mr. David Zielke, Assistant Principal for Curriculum and Assessment.

Mr. Phillips taught mathematics for all of his 11 years at Jesuit, primarily handling introductory classes such as geometry and algebra.

“I think there are kids who don’t like math in those classes, he connects with those kids, and gives them confidence.  He can teach and motivate kids who have no interest,” Mr. Zielke said, explaining the reason for Mr. Phillips’ long, successful teaching career.

In addition to teaching, Mr. Phillips immersed himself in Jesuit campus life. He served as a co-moderator for the Bowling Club and the National Honor Society.  He also drove students to various Christian service occupations and has attended an impressive 10 Kairos retreats and three summer immersions to San Francisco.

“At Jesuit, we ask the students to become ‘Men for Others,’ and I feel it is an important part of my role as a teacher to try and model that for students,” Mr. Phillips said, while reflecting on his service around campus.

Mr. Phillips shared that his favorite parts of Jesuit are the morning prayers and the school-wide liturgies.  He said that he found loyal friends and support in Jesuit’s community.

While his accomplishments in service and teaching are legendary, Mr. Phillips will also be remembered for his unique quirks and sense of humor.

Mr. Phillips has gained a reputation around campus for his love of M&Ms.  Mr. Zielke recalled that Mr. Phillips collects rare varieties of the chocolate candies, and has “enhanced” the students’ and teachers’ knowledge of the treat.

From candy to Christianity, Mr. Phillips leaves behind a legacy of Ignatian love. He plans to visit his grandchildren in Iowa during his retirement, but confessed that he will miss everyone at Jesuit greatly.

As a final piece of advice to his students, Mr. Phillips cited a “favorite saying” of his:

“Life is tough and then you die, so have fun while you’re here.”