A culmination of experience

For some Jesuit High School alumni, service is more than just a passion, it is a career. Mr. Alex Nelson ‘05 has been a part of Camp ReCreation ever since his friends recommended that he volunteer during his junior year at Jesuit.

“For me, service is a culmination of experiences. The more you do, the more you get out of it,” Mr. Nelson said. 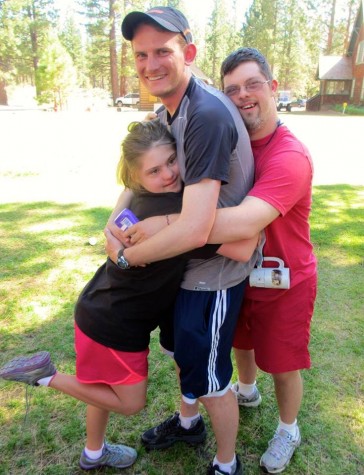 While at Jesuit, Mr. Nelson also spent time working with his friends and family at Holy Trinity Parish.

“We worked as a family to take care of the church. It made the service fun,” Mr. Nelson said.

At Camp ReCreation, also known as Camp Rec, he worked with around 130 people with various disabilities. The camp is structured as a typical summer camp with activities such as arts and crafts, drama, and hiking.

Mr. Nelson credits Jesuit with giving him the tools and inspiration needed to commit his life to serving others.

“Jesuit does a good job asking you to take responsibility for your actions…you’re the one in charge of your own life,” Mr. Nelson said.

Today, Mr. Nelson is the Vice President of Camp Rec’s Board of Advisors. He supervises all volunteer counselors during the annual summer camps and co-hosts the annual “Christmas Experience” which serves over 200 participants and volunteers.

While Jesuit is known for its academic and athletic success, Mr. Nelson is a great example of what is possible with a commitment to the Man for Others ideal that sets Jesuit apart.