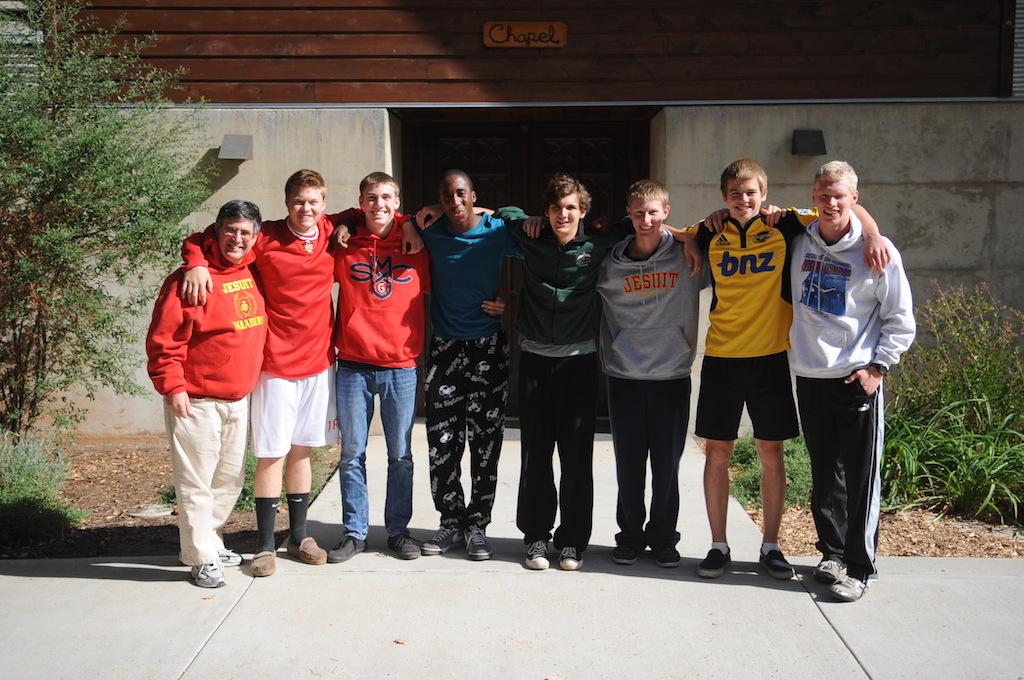 After students leave Jesuit High School, things that were once important begin to fade from memory: locker combinations, email passwords, the conjugation of certain tricky verbs.

However, the motto of “Man for Others” becomes so ingrained into the identity of a Jesuit student that it can influence actions years after the students graduate.

Many students take their experiences of service at Jesuit and continue to expand on them while in college. Mr. Ryan Keane ‘11 was inspired by his classmates and faculty to go above and beyond his mandatory service hours and live out “Man for Others” in his daily life.

While at Jesuit, Mr. Keane participated in organizations like Camp Okizu, a camp for children with cancer, and Songs for Smiles, a service group that performed for venues such as retirement homes and veteran hospitals.

He also took part in The Plunge, a 20 hour immersion at Loaves and Fishes in which students get a unique look at the everyday lives of a resident of Friendship Park.

“The motto ‘Man for Others’ became a part of our identity, something we said and acted out reflexively,” Mr. Keane said.

Mr. Keane was able to use his service at Jesuit to try out new and diverse opportunities in order to find the ones that interested him most.

“I was able to use the four years of service required and encouraged at Jesuit as a spring board into new, exciting opportunities,” Mr. Keane said.

Today, Mr. Keane takes part in service opportunities at St. Mary’s College of California where he is a biology major. He recently participated in a Relay for Life team that raised money for cancer research as well as treatment for cancer patients.

Mr. Keane will be attending Georgetown Medical School in the fall and will continue to live out the “Man for Others” motto that he has carried with him since his time at Jesuit.