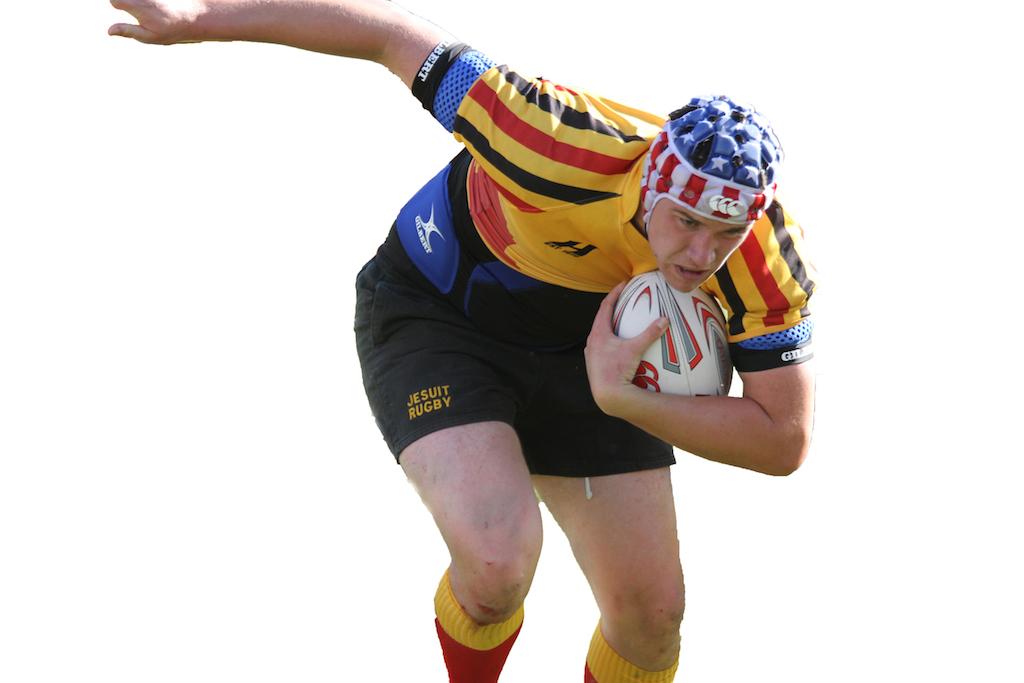 The tradition of Jesuit Rugby

Robert Paylor ‘15 began playing rugby as a sophomore at Jesuit High School. He quickly realized that rugby is more than just a game.

“I immediately knew that I was going to be a part of something much larger than I had ever participated in before. Athletic excellence and setting the standard for high school rugby across the nation really makes you fight for your teammates, rather than yourself,” Robert said.

“Robert is a leader for our team, both on and off of the field. He not only motivates everyone, but performs on the field, leading us into battle week in and week out. He’s hardworking, extremely athletic, and has a huge rugby IQ,”  senior Nick Econome said. Nick has played rugby with Robert for the past three years.

The University of California, Berkley is among the most notable collegiate rugby programs in the nation, drawing its players from the best high school teams across the country. Currently there are 10 Jesuit alumni playing for Cal , making Jesuit the most represented high school on their roster.  “It was a no-brainer, Cal is my dream school,” Robert said.

Another trademark of Jesuit and Cal is creating players that are able to compete for the United States National team. Currently, there are three Jesuit alumni  in the player pool for the U.S. Men’s Eagles team. Mr. Blaine Scully ‘06, Mr. Eric Fry ‘05, and Mr. Louis Stanfill ‘03 make up the players who spent time both at Jesuit and Cal.

These three former Marauders have combined for 99 caps (games they have appeared in), and they all are playing professional rugby. Mr. Scully plays for the Leicester Tigers, Mr. Fry plays for the Newcastle Falcons, and Mr. Stanfill plays for the Seattle Saracens.

“Brotherhood and sacrifice. There’s a certain camaraderie at Jesuit that is very rare to come across. This brotherhood provides a bond where teammates would do anything for one another,” Robert said when asked about what it means to be a Marauder.

The Jesuit Rugby program is a powerhouse in-state and nationally that continues to produce high caliber players for reputable universities.