Soaring high in his service 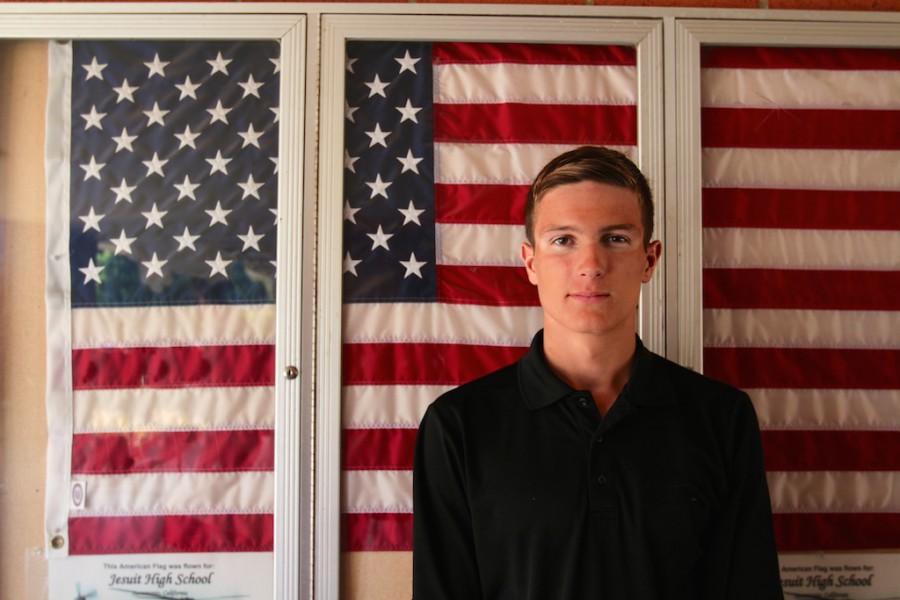 Those looking to live a life of military experience may want to start out early. Jesuit High School student Daniel Konieczny ‘15 is one of the first students in Northern California to be admitted to the United States Naval Academy in Annapolis, Maryland.

The academy is different than Reserve Officer Training Corps (ROTC)  because one is completely immersed into military life, exactly what Daniel is looking for in his education.

“I chose the Naval Academy over NROTC [Naval ROTC] because the Academy is an institute that is 100% devoted to making officers,” said Daniel.

Having attended Jesuit, Daniel has been immersed in service throughout his high school career, teaching him values of service to others. Working in the community gives a vision of what Daniel will be working towards.

“Having done all the service projects during my [four] years here, it only makes me happier about where I am going because I know a lot more about the people in my community I’ll be working to protect,” Daniel said.

The Naval Academy offers many options for Daniel. He can choose to go into the Marine Corps, work on submarines and other ships, become a Navy SEAL, or become a pilot.

“After I graduate, I plan on becoming a pilot, or a Naval Aviator as the service calls them. I’m hoping to get to fly jets, particularly the F/A-18 E/F Super Hornet,” Daniel said.

Wherever Daniel serves, Jesuit has prepared him for success.