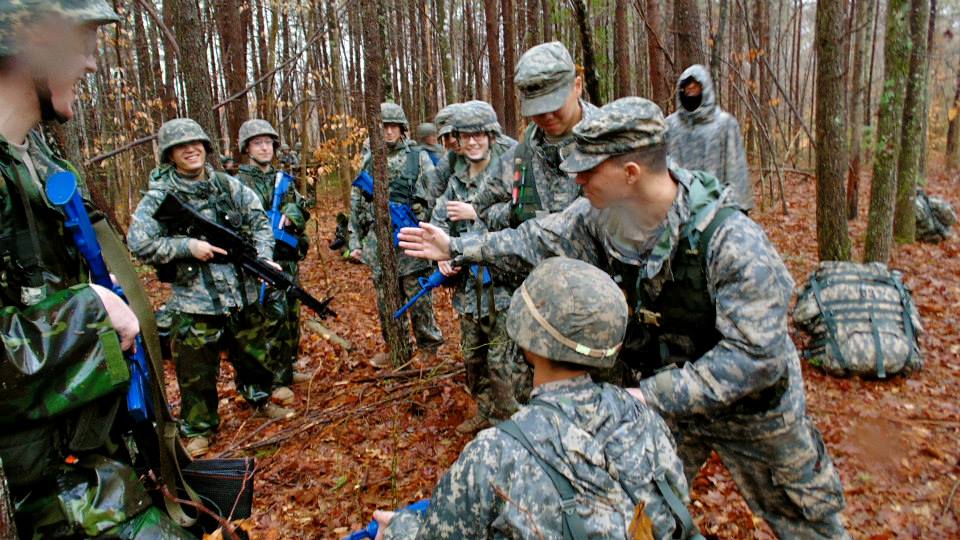 Cadet Jacob Pachter ‘13 is one of a select few students who takes the opportunity that the Reserve Officers’ Training Corps (ROTC) offers. ROTC transforms college students into leaders of our country’s military, taking an honorable person like Cadet Pachter who is interested in the safety of others.

Cadet Pachter is part of The Hoya Battalion at Georgetown University. Taking part in ROTC was a decision he made during his senior year.

“The decision came down to the type of college experience I wanted, along with the quality of education I would receive. For me, this freedom and flexibility allows me to better develop as an individual and critical thinker, two key traits in a military leader,” Cadet Pachter said.

This freedom and flexibility that Cadet Pachter speaks of comes at a cost. He would soon realize that free time for a cadet is not easily found with the addition of military science classes, physical training, and weekend training sessions.

“Here is a generalized daily schedule for a ROTC cadet and Georgetown student. Wake up at 0545 for physical training. Go to class all day, including military science class which focuses on military tactics and leadership. About once a month we have field training at military bases around the DC area, which usually take up the entire weekend,”  Cadet Pachter said.

Cadet Pachter used Jesuit High School’s “Men for Others” philosophy, which enriches a leadership mentality within its students, to help him realize his call to serve our nation. Having served four years in his community at Jesuit, he was instilled with a love of service and leadership.

“Two of the most important values I took away from Jesuit were leadership and service. To me, serving as an Army officer is the perfect way to embody both of these values,” Cadet Pachter said.

Jesuit prides itself on teaching the whole person and turning students into “Men for Others,” assisting our community in all ways possible. This “Men for Others” mentality is seen in Cadet Pachter in his decision to serve in the United States military, dedicating his life for the sake of others.