A chapter of the world 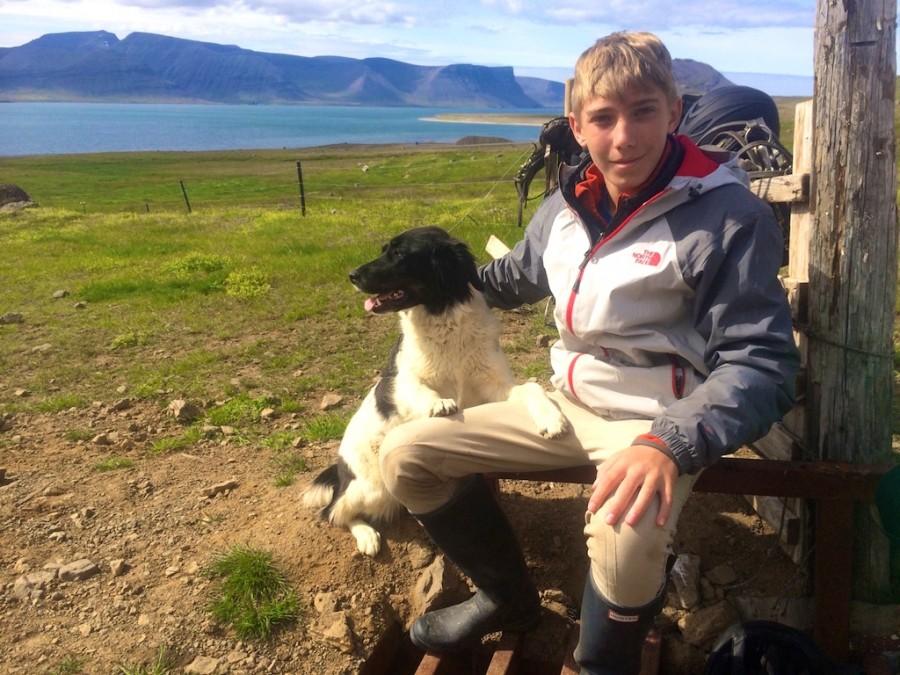 Freshman David Crowley does not like to vacation.  He likes to immerse himself in the unique culture and flavor of foreign nations, which is why he selected to take an extended stay in Nepal this summer from June 26 to July 13 with National Geographic.

David has traveled the world since he was little, and holds the people and places he has experienced close to his heart.  He strives to understand the life of an ordinary citizen of a nation, not the luxuries of a tourist resort.

“Iceland: I remember waterfalls and volcanoes, but I remember horseback riding through the West Fjords even more,”  said David.

David recounts, in particular, a trip that he made to Europe last summer with his Hungarian music teacher, Timea Pederson.  He accompanied a native so that he could witness the character and charm of cities like Budapest.  Budapest is renowned for its Chain Bridge and large Parliament building, but David remembers the city differently.

“I remember Budapest for its hidden ice cream shops, unique apartments, and cobblestone streets, but if I had not been with a native, I would have been experiencing what any other tourist could,” said David.

This summer, David hopes to expand his cosmopolitan persona through a trip to Nepal.  After subscribing to National Geographic during Jesuit High School’s annual Warren SMS Magazine Sale, he stumbled upon an advertisement for summer trips offered by National Geographic Student Expeditions.

David was enticed by the adventures presented to him, and within an hour he had signed up for an expedition to Nepal.

“National Geographic offered more ‘ordinary’ locations, but why settle for ordinary? One thing about Nepal that intrigues me is how unordinary it is, filled with soaring peaks, hidden monasteries, and lush forests,” said David.

While the excursion tropes about a lot of Nepalese soil, David anticipates assisting children at an orphanage in the village of Talamarang the most.  He believes that working with the orphaned children will broaden his worldview and his mind, as he has never participated in such a service activity.

“I volunteer at The Upper Room soup kitchen every Tuesday, but I have not had the opportunity to work side-by-side with [homeless] children,” said David.

Across eighteen days, David shall journey all over a foreign nation that he has never visited before, but he is not afraid.  He has unveiled nooks and crannies of countries unfamiliar to him many times, so he is accustomed to traveling.

This familiarity with exploration will come to the forefront this summer as, at the end of his time in Nepal, David heads to the Tribhuvan International Airport in order to rendezvous with the Jesuit High School Europe Expedition as it heads through Dublin, Ireland.

David eagerly anticipates another summer filled with cultural enrichment and growing as a Man for Others as he looks toward the picturesque monasteries and mountain ranges of Nepal.  He cites Saint Augustine as his inspiration, who is recorded as saying “The world is a book, and those who do not travel only read one page.”