Excited for another spring season 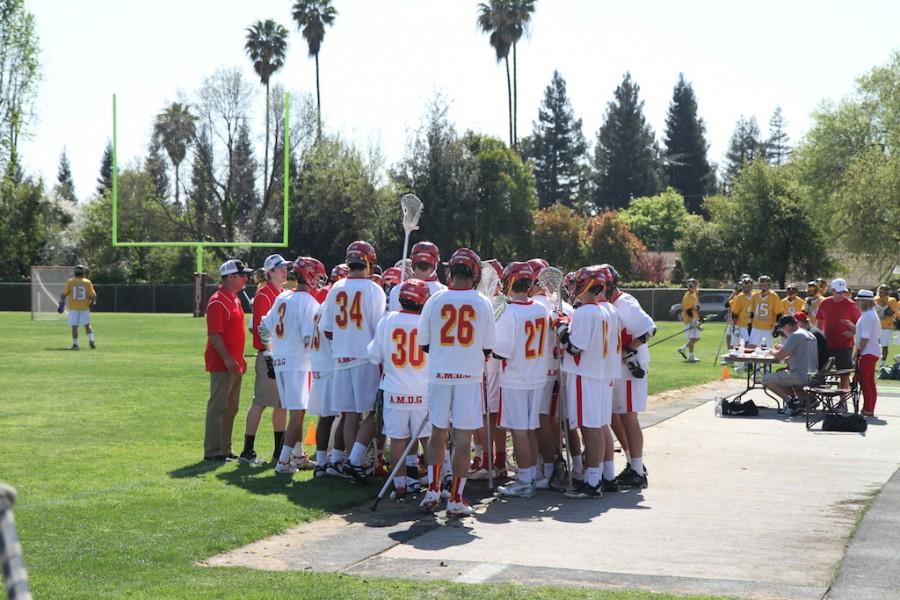 Lacrosse begins on Feb. 9 with the team looking for a fresh start. Jesuit High School is hoping to have a successful season this year by playing and working hard.

Jesuit will be hoping to improve on their record after an 11-9 overall record and a 5-5 league record.

“I’m looking forward to this season and to be playing my first year on varsity. I’m hoping it will be a great season with the boys,” said junior Cameron Clark.

There is a lot of excitement building up for this upcoming lacrosse season.

“I think we’ll do as much damage as we did last year. I think we will beat a lot of teams in our division that we didn’t last. I feel that we will have a great team with lots of experienced players,” said Cameron.

Jesuit will have to overcome many obstacles in order to have a competitive and successful season this year.

“The team that will challenge us this year will be Granite Bay [High School]. We beat them last year so they will be ready to play us this season. They’ll be looking for blood so we will be ever so meticulous preparing for them,” said team co-captain, junior Chase Browning.

“This year I’m hoping to score as much as possible mainly for the good of our team, and to also help my team work as a unit,” said Cameron.

Jesuit will want to repeat their famous win against arch rivals Granite Bay and also hope to have a winning record this upcoming season.

This year Jesuit lacrosse is looking to making a name for themselves by striving for victory every time they step on the field.