Preparing for the herd 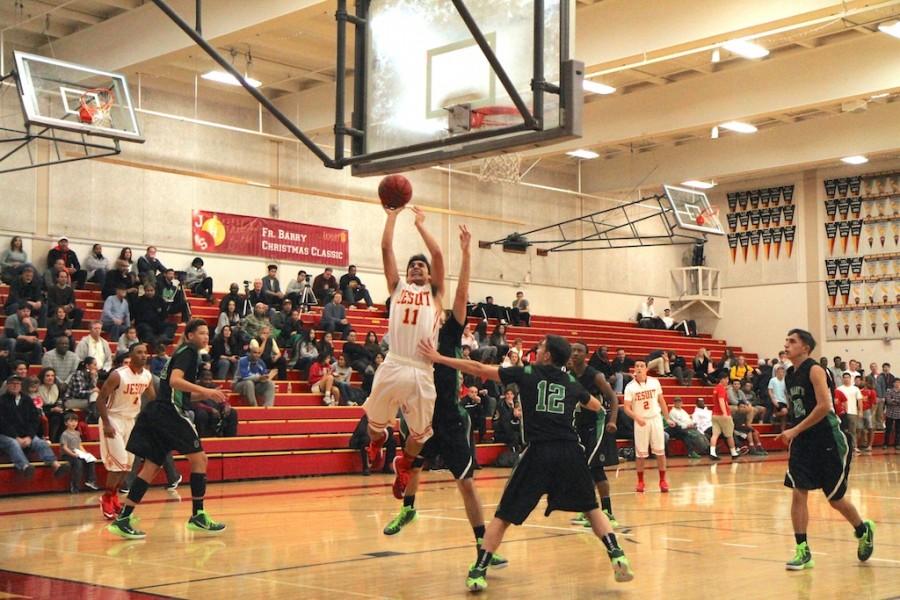 The Jesuit High School Marauders take on the Elk Grove High School Thundering Herd this Wednesday Jan. 14 at 7 p.m., in a conference Basketball matchup at home.

Jesuit took down the Davis Blue Devils at Davis by a score of 81 to 57.

The Marauders then returned the following night for a game at home and ousted the Freedom Falcons by a score of 82 to 78 in overtime. The game was played as part of the Father Kelly Tribute.

The Marauders will look to build upon this momentum against a tough Thundering Herd squad that has gone 10 and 5 on the year.

Jesuit has gone 7 and 6 on the year, including 1 and 1 in Delta League play.

The Thundering Herd are looking to rebound after a tough loss against the Grant High School Pacers by a score of 65 to 49.

Elk Grove will have to stop senior Isaiah Bailey, who has been averaging 22.3 points per game and 5.2 rebounds per game this season.

Meanwhile, the Marauders will have their hands full trying to stop the combination of juniors Gabriel Serna and Tanner Murphy of the Thundering Herd.

The Thundering Herd are having a great season so far, and the Marauders will have a tough time trying to stop their dynamic duo of juniors.