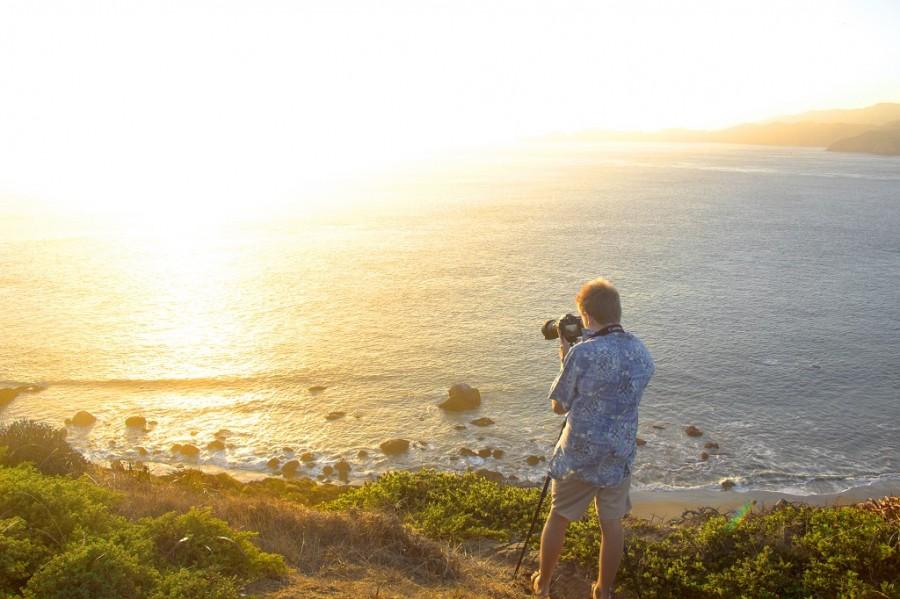 You may have seen him in the past year-and-a half, scurrying around the football field at Holy Bowl or walking down the aisles at senior graduation. He runs as quickly as he can, but is often slowed by a large lens, a tripod, or a camera, searching for those shots, those special moments, that convey all the emotions words fail to grasp.

Sophomore Carson Black is a photographer for the Cutlass, the Plank, the Jesuit website, and the Photography club on campus.  This keeps him constantly on the move, with camera in hand, foraging for images at all kinds of events.

Often he finds himself in awkward or uncomfortable situations, such as pushing through a sea of people while taking photos at Run to Feed the Hungry or treading water in the Jesuit pool while snapping pictures of the paddle boat races during spirit week.

Needless to say, he has done some daring things to get the perfect shot, but when asked what his most difficult shot was Carson said, “I actually took three two-hour time-lapses in Tahoe in the middle of the night. I took the pictures of the stars rotating around the sky and I only got one that wasn’t too bright or too dark! At the time, I didn’t have any photo editing software, so I took all the pictures unedited.” Normally photographers would take many 30 second pictures and piece them together with editing software.

Carson is passionate about photography and once stayed up for 6 hours filming the cosmos. For Carson, this passion began in his early childhood.  “I was interested in photography because I loved to draw as a kid, but was very bad at it. I loved super realistic drawings and photographs seemed to be a way for me to capture [realistic scenes],” Carson said.

And capture them he does, focusing mainly on the faces of athletes, especially swimmers  and water polo players. “The most common saying is, ‘A picture is worth a thousand words,’ but I really do like to go by that. I want the viewer to see the emotion on a players face when they score a goal, or get a best time,”Carson said.

So, with his camera poised and ready, Carson looks towards his bright future, just as all of the students at Jesuit do. Although exciting new opportunities await us after our fleeting high school years, we students could learn a thing or two from sophomore Carson Black, such as being able to stop and capture some memories.