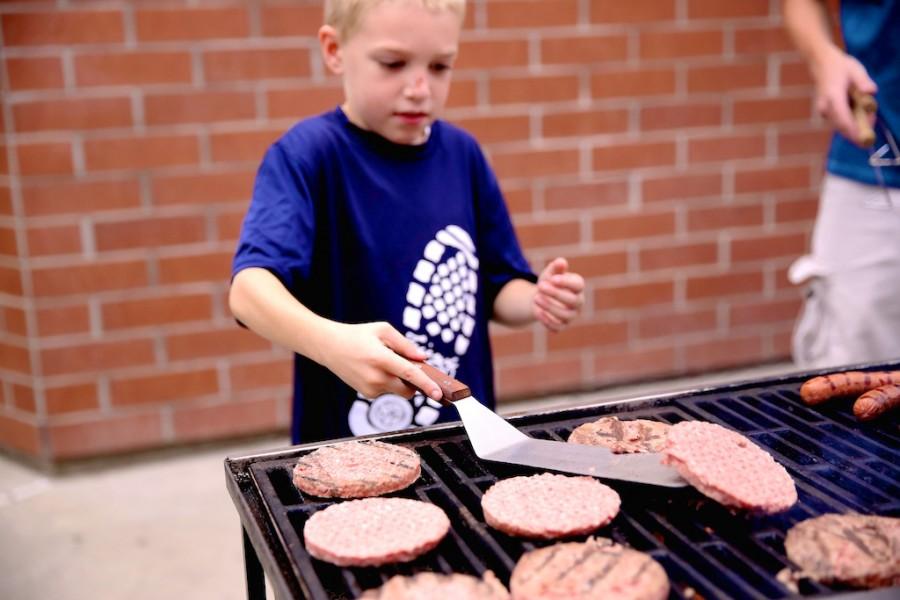 On Sunday, September 21st, Jesuit High School had the privilege to host this year’s St. Vincent de Paul Friends of the Poor Walk. This fundraiser raises money for the different parishes around Sacramento that provide food and services for the poor.  This would also be the first year the walk would be held on JHS’s campus. The event took weeks of planning, headed by Mr. Keegan Smith, an I.T. Technician at JHS.

“I wanted to make sure by changing the venue it would help the event & volunteers. I wanted to use this opportunity to help the fundraiser grow over the years,” said Mr. Smith.

The goal this year was to get the word out to the public much more than last year. With the help of a couple of seniors, Mr. Smith went to the different Catholic schools to talk to the students about the walk, sometimes even letting the JHS seniors talk and play games with the young students to spark interest. After some last minute publicizing, the prep for the walk had to be worked around the opening of the new chapel, so the volunteers would have the opportunity to use the Chapel the morning of the walk. After the Mass, the Walk for the Poor took off.

“The walk went well. We had a good amount of people and had fun. We also had a lot of large single donations, which really helped out,” said Senior Matthew Wolgar ’15, who helped run the event.

Many freshmen and sophomores volunteered at the walk, helping out in the kitchen, the “Kidz Area”, and along the track itself. After a quick pancake breakfast, prepared by Mrs. Amanda Smith and  volunteers, walkers took off. Each walker was given a t-shirt and punch card at registration. After each lap, a volunteer would hole punch their card. Different water stations were set up around the walk as well, while music was played around the campus. The most action seemed to be at the Kidz Area, where a group of volunteers teamed up against some of the younger walkers to play a friendly game of soccer.

“It was fun and also a great new experience. I expected more people, but it still turned out great,” said Freshman Rhys Vader ’18.

Even though there was only a total of about 50 registered walkers, the event was lively throughout the day, ending with the clean up and a lunch with hamburgers and hot dogs. Despite the low number of walkers, Mr. Smith saw the event as a success.

“My hope for next year is to get more participation from the local parish schools and the other high schools. I was very impressed by the generosity from Jesuit’s community. The help and support we received was very gratifying, no matter how they helped,” said Mr. Smith.

He has already begun to plan for next year, making sure that the walk will be advertised long before it is set in motion, and hopes that it will grow to something much bigger.