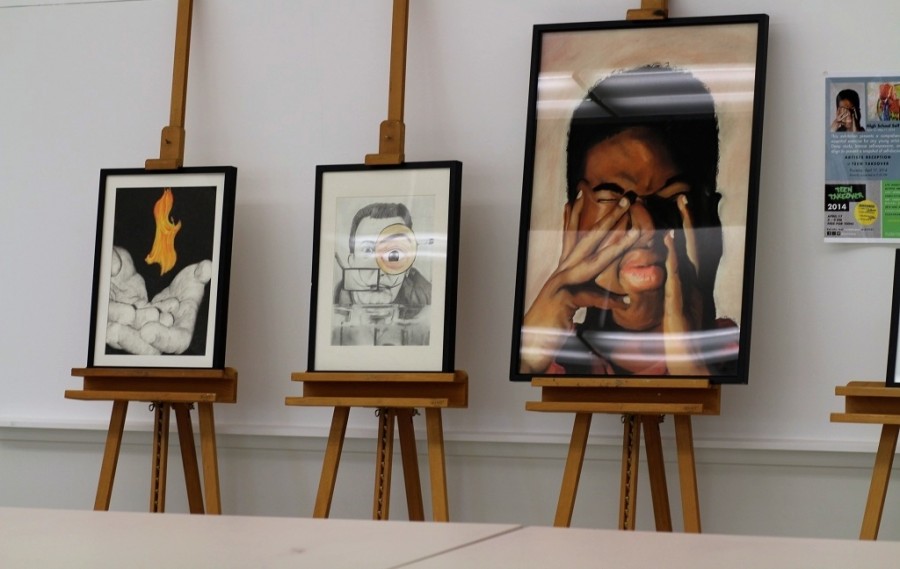 Over the past year there have been many improvements to Jesuit High School, including changes to the studio art room. The room got a face-lift with brand new flooring, paint, desks, and chairs this past summer. With these replacements there is now more space in the studio.

“Hopefully the new accommodations will lead to more creative thinking and productivity,”  said Mr. Ed Novinsky, art teacher, when talking about what he thinks the new aesthetics will do improve the studio.

The added space will primarily be used by students to use the studio’s engraving and printing press. This will allow students to gain experience by creating art from a multitude of mediums.

“That the new studio will help us explore and expand our creative process.” said Novinsky when asked about his hopes for the studio this year.

Mr. Novinsky, is a Jesuit High School alumnus from the class of 1972. When he attended Jesuit there was no studio art program. Since his return to Jesuit High School, the program has grown immensely into what it is today, an impressive achievement.

How Mr. Novinsky returned to Jesuit is an interesting story. His son was in 6th grade, when he told his father that he would be attending just like he did. The very next day Mr. Novinsky was flipping through the newspaper, like he does every morning. As he flipped through he saw an advertisement for a job opening at Jesuit High School, which was looking for a person who could teach studio art. He applied for the job and got it.He has been working for Jesuit High School ever since.

“It has proven to be a most rewarding and worthwhile experience,” said Novinsky when describing his time teaching studio art at Jesuit High School.

The new and improved art studio will be benefit all of Jesuit’s students interested in studio art.